Gujarat has a prominent place for tourism attraction and travel in Western India. Of all the tourist attraction in Gujarat few places like Junagadh has always been attractive. Junagahd with both historical and natural importance is a best place to spend with family and friends. Junagadh has got some of the most important historical monuments like Mount Girnar, 1000 years old Navghan Kuvo, Buddhists caves etc. Junagadh is also home for rare species like Asiatic Lions which are at Gir Forest area and the place also has Pania Wildlife Sanctuary and Mitiyala Wildlife Sanctuary. Also Junagadh has beautiful beaches, Tulsi Shyam Springs, Dams and reservoirs which are beautiful to watch and spend some time. 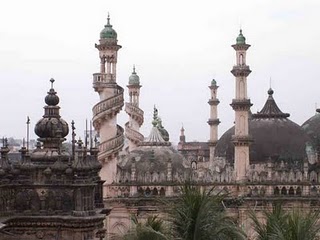 Junagadh has got a remarkable place in the history right from the period of Lord Sree Krishna till the time it attained Independence. Mahabat Maqbara built in 1892 is a good example of Indo-Islamic architecture. Narsinh Mehta's Choro is another important place to visit where Narsinh Mehta, a social reformer, devotee of Sree Krishna, a scholar and a philosopher held his meetings. Durbar Hall Museum showcases the monuments used during the period of nawabs. Mount Girnar is also a prominent place in Junagadh where hundreds of devotees throng the place every day. The place is visited by both Hindus and Jains where many temples are located. The mountain which is at a height of 600 meters can be reached through a stairway of 10000 steps. Also people can find the edicts of Ashoka on the way to mount Girnar. Written in Pali language 14 edicts of Ashoka has been inscribed. Another beautiful place to visit is the Uperkot fort built in 319 BC by Emperor Chandragupta Maurya. There are many temples built during the ancient times located on this mountain.

Junagadh has good number of wildlife sanctuaries and Zoos conserving the wildlife. Of them the most known and most visited is the Gir Forest or National Park. The place is best place for lion safari and there would be a long waiting period during the peak seasons. The Mitiyala grasslands are another best natural habitat to visit. The place has lions, leopards, deer’s, boars and other wild animals. Mitiyala sanctuary is just at a stone’s throw away from Gir forests. Winters are the best time to visit this place. Pania Wildlife Sanctuary, declared as a sanctuary in 1989 was used to preserve Chinkaras and antelopes. All kinds of wildlife animals can be found in this place.

Damodar Kund, a natural reservoir surrounded by a natural ghat is located at mount Girnar. Veraval beach located just 6 kilometers from the town of Somnath was the Junagadh dynasty’s royal town. The beach is safe for swimming and morning jogging. Wellington Dam is another beautiful place to visit. The dam is built during the British rule which has a garden with an enchanting view. Dattar hills are another natural beauty spot to visit. A temple for Jamiyalshah Datar was built on the hill and is good place to spend which provides the best views.