Just 76 kms from Junagarh, there is a village called Jambur where the Siddi tribe resides. The primitive African tribe is being trained by Gujarat government to become Eco-Guides at Gir Sanctuary! The project was initiated by the State Tribal Development department for improving living conditions of the Siddi tribe. Gujarat Education and Ecological Research (GEER) Foundation will educate and train them as they are conversant with the Gir forest area. 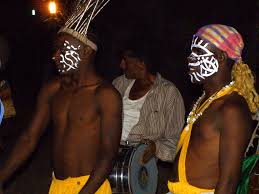 History of Siddi Tribe in Junagarh

Siddi are believed to have been brought here as slaves by the Portuguese. Some believe that they came here as salt workers with Arab merchants and are  a tribe of Sudanese natives. Siddi tribe is also known as 'the lost tribe of Africa'.

They are called by different names such as Siddi, Sheedi and Habshi. The term 'Siddi' has been derived from Araibic word `sayyid` or `saydi` meaning captive or slave.

The concentration is Siddi tribe is especially high in Junagarh district of Gujarat.  They are mainly Sufi Muslims, although some are Hindus and Roman Catholic Christians too.


Customs and Traditions of Siddi Tribe in Junagarh

The Siddi tribe still practice few of the African customs, especially music and dance. They have also imbibed modern culture. One of the dance forms include 'Dhamaal' dance. Another dance form of Siddis is 'rasda' in which both males and females participate. Dhamaal dance is performed only by men. They use drums and other percussion instruments. Other exotic dance forms include those that involve fire breathing, gymnastics and a lot of dancing and movements to the beat of the drums.

The Sidi Saiyyed Mosque in Ahmedabad which was built in 1572 by Sidi Saiyyed, depicts Indo-Islamic architecture. Dhamaal is also known as 'Goma' music and dance form derived from Ngoma drumming and dance forms of Bantu East Africa. Goma is a spiritual dance form and towards the climax of the dance,  some dancers are even believed to be vehicles for the presence of Siddi saints of the past. 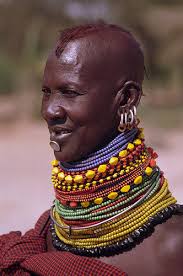 The Family Set Up of Siddi Tribe in Junagarh

Siddhi family has a nuclear family set up with few examples of extended type of families among them. Sons get right to ancestral property. It is a patriarchal family with women participating in rituals and social activities along with males. Women collect wood for fuel, fetch drinking water and help in agriculture too. Siddi grow cash crops like sugarcane, groundnut, cotton, bajjri (millet) etc.


Traditions of Siddi Tribe in Junagarh

Siddis bury the dead. 'Jamat' is the traditional caste council for settling disputes and deciding on fairs and festivals. The head of the jamat is called Patel, who is elected by a voice-vote. However, with the advent of Panchayat Raj system, this traditional council is gradually losing its influence.

Siddis do not have any family deity or village deities. They however visit dargha (tomb of pir). This is why in Jambur, near junagarh, there are a number of dargahs namely - Dasal bapu ki dargha, Nagarshi pir dargha, BabaghorKi dargha, and Mai-Parsa Ki dargha. Siddis belong to Sunni sect of Islam and observe Id, Ramjan and Moharram. Some of them also offer 'namaz' everyday. 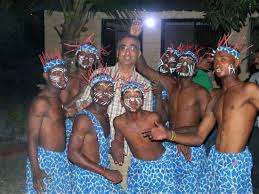 Siddis believe in supernatural powers. The 'Bhua' (a spirit possessed man) in the village is believed to have powers to cure various ailments. They use firewood and dung cakes as fuel for cooking food.

Siddis live near the shrine of Bava Gor also in Junagarh. Bava Gor was an ancient Sufi Muslim holy man who was himself of African descent.

Siddi tribe is opening up to education and many individuals have taken up jobs, work as drivers, farmers and Eco-Guides. Their economic condition is fast improving as they are gradually entering the main stream society and learning more skills along with agriculture.