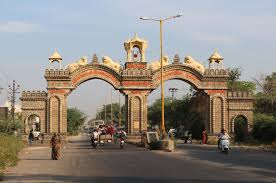 Junagadh located on the foothills of Mt. Girnar is the 7th largest city in Gujarat. It lies 355 kms south west of the capital city Gandhinagar. History states that this place has been ruled by several rulers. One can see inscriptions of Mauryan dynasty, Solanki dynasty, Chudasama dynasty and Mughals in the remains of Fort in Junagadh. The Girnar hills are one the major tourist attraction in Junagadh.

Grinar Hills are located at a distance of around 6 Kms from Junagadh city. These hills are believed to be older than Himalayas. It is considered as a sacred mountain by Hindus and Jains. People from both the religion gather on this mountain in large number to celebrate the festival of Girnar Parikrama festival. The mountain with its beautiful flora and fauna and surrounded by lush green forest, hosts many religious acitivites throughout the year. The fair organized during Maha Shivratri is worth going.
The peak of the hills can be reached by climbing 8,000 steps. The hills have five principal peaks. Gorakhnath, the third peak is the highest peak in Gujarat standing at a height of 3,661 ft. above sea level. Many Hindu and Jain temples have been built on these peaks by the rulers of Junagadh.

The Swami Narayan Temple in Junagadh has been built by Swaminarayn centuries ago. The land was donated by the king so that the temple can be built. In the year 1826 A.D. on May 10th, the foundation was laid out to build the temple. Gunatitanand Swami along with Gopalanand Swami and some Paramahamsas laid the foundation stone. Bramhanand Swami supervised the construction of this temple. The temple consists of various sculptures and five spires. 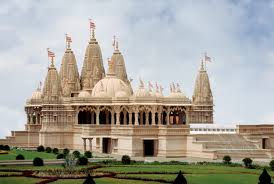 The prana pratishta of the deities was done with great gusto. The ceremonies were conducted over two days with festive atmosphere spread all over the city. People witnessed the auspicious events done by Swaminarayan himself. The prana pratishta was done on 1st of May, 1826 A.D.

The deities of Shri Ranchhodrai and Trikamrai are installed in the inner sanctum. The Radharaman Dev and Harikrishna Maharaj deities can be seen in the eastern wing of the temple. In the western wing, the deities of Siddheswar Mahadev , Ganesha, Parvati and Nandiswar can be found. The then ruler of Junagadh, Mughal Emperor Subba Bahadur Khan visited the temple on the occasion on prana pratishta. He was blessed by Swaminarayan. King Hemantsinh was honoured for gifting the land to construct the temple.


Attractions around the Swaminarayan Temple

This huge fort is located at a distance of 0.7 kms from the temple. With a guide, you can get to know a lot about this old fort.

This historical monument called as mini Taj by locals is located at 0.9 kms from temple. The maqbara attracts the visitors with its unique designs and beautiful carvings.

At around 3.9 kms from Swaminarayan temple, Sakkarbaug Zoo is a perfect way to spend your day with family. For Rs.25/- you can enjoy lion safari.