Though agriculture is the main occupation and back bone of Junagadh, industries and industrial growth has seen a rapid growth in the past few decades due to the vast availability of natural resources like lime stone and increased agriculture output of oil seeds and cotton. Also with the availability of seaport, exports from Junagadj have increased and sea food processing industries have been growing in good number recently. 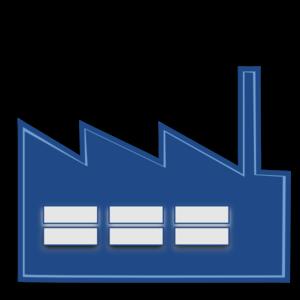 The major industrial sectors being seen in Junagadh are cement industry, fish or sea food processing industries, power sector and agro based industries. Some of the major private and government players who have their operations in this region include Ambuja Cements, Hindustan Lever, Gujarat Heavy Chemicals, Austin Engineering to name a few. The district has 40 medium and large scale industries and 7000 small scale industries (SSI). Of these around 3000 were involved in repairing and servicing, 500 were related to food product sector. Most of these SSI units are concentrated in Veraval, Junagadh, Mangrol, Manavadar and Kodinar talukas.

Being an agricultural based district, Junagadh stands first among other districts which produce Groundnut and Garlic contributing 26% and 34% to total production. During 2006-07 Junagadh output for oil seeds was 4, 64,400 MT, which is highest among the states. During the period of 1998-2007, Jungadah has attracted an investment of INR 3,484 crore (USD 849.75 million) as per Industrial Entrepreneur Memoranda. Most of the investments were put in majorly Chemical, Cement, Gypsum and other manufacturing plants. Also during this period sugar and infrastructure projects attracted fresh investments creating more jobs.

As future seams more bright for Junagadh, many big names in the industry are planning to set up their operations here. JSW Power Company is coming up with a proposal of building coal based power plant in Simar with an investment of INR 4,000 crore (USD 975.6 million). Apart from these several Memorandum of Understanding (MoUs) were signed during the recent global summits attracting more investments. Also Shapoorji Pallonji along with joint venture with State-owned Hindustan Petroleum Corp Ltd (HPCL) are setting up liquefied natural gas (LNG) import terminal at Chhara region of Junagdah district. The total cost of the project is estimated to be INR 5000 crore. Also the central government has approved the second ultra-mega power plant (UMPP) with a cost of INR 20, 000 crore at Lodhwa village in Junagadh district. The district has 6 industrial estates and one industrial park (Safona Textile Pvt. Ltd.).

Agriculture: With more agricultural land availability, Junagadh seems a better investment place for agicultural based companies. Some of the major areas of investments include groundnut farming and processing, cotton and groundnut oil, cattle feed and cotton and surgical cotton 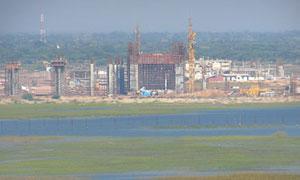 bandage.
Marine: Being near to sea and with availability of Veraval port for commercial activities, fish processing is a best industry in this region.
Mineral based: With huge lime stone reserves growth opportunities for cement, gypsum, asbestos and ceramic industries are abundant. Although there are many industries in this region now, there is always place for the new entrants to set up their operations.
Chemicals: Pesticides, fertilizers, dyes and other chemical industries can prosper in this region. With good infrastructure for exports this would be the right place to invest.

Explore more about Economy of Junagadh