Junagadh, one of the oldest towns in the state of Gujarat has its links to the period of Lord Sree Krishna. The city was called with different names like Puratanpur, Narendrapur, Raivatnagar, Raivatachal, Mustafabad, Revant, Karan Kunj, Manipur, Sorath etc before the final name of Junagadh was given in 1820 AD by the British government. 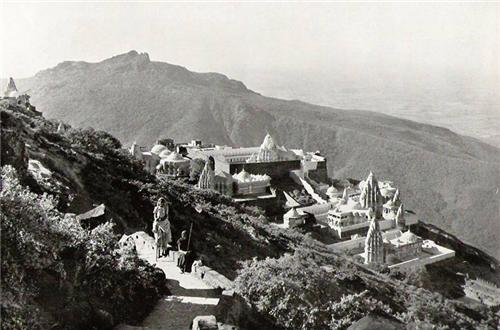 King Chandragupta has built the famous and prestigious Uperkot fort in 319 BCE in the middle of the town. It was used until 6th century and was abandoned for 300 years thereafter. The fort was rediscovered in 976 CE. A large boulder with inscriptions carrying Brahmi script with fourteen Edicts of Asoka can be found at the Uperkot fort. Over a period of 800 years the fort was besieged 16 times. Several inscriptions here at the fort show the rule of Mahakshatrap Rudradaman I of the Saka ruler of Malwa during 150 CE and Skadagupta of Gupta Emperor during 450 CE.

During 11th and 12th centuries, The Solankis of Chalukya dynasty ruled the Gujarat region. Rah Navghan I has commissioned the two large wells with steps in the fort during his period 1025-1044 CE). In 1299 Muslims invaded this region and the Sultanate of Gujarat was formed in 1409. Mahmud Begada invaded the city in 1467. Mahmudabad laid the city foundation in 1497 and beautiful buildings with gardens were built.

Chudasama, a clan of Rajputs entered India during 7th and 8th centuries settled in Kachchh, Junagadh and Jamnagar districts. It is believed that their dynasty was found in 875 CE and was assisted by Ahir community to conquer the kingdom of Gujarat. Chudasamas are sometimes referred as Ahirani Ranis. Chudasama Rajputs are the ones to rule Junagadh for a longer period. Some of the notable rulers of their period include Chandra Chuda between 875-907, Rah’ Grahripu between 940-982, Solanki Rajput during 1010-1025, Ra Navghan during 1025-1044 and Rah’ Khengar during 1044-1067.

Mohammad Bahadur Khanji I expelled the Mughal governor in 1748 and declared independence. He assumed the name of Zaid Khan and founded the Babi dynasty. The Babi nawabs later conquered large portions of southern Saurashtra and ruled for more than two centuries. The nawabs ruled the area under the British suzerainty till India gained Independence.