Ashokan Rock in Junagadh is the part of pillars from the Great Emperor, Ashoka, placed across India. These include edicts from present day Kandahar in west to Andhra Pradesh in south. Ashoka Rock is evidence of 250 BC when this region was under rule of Ashoka, the Mauryan emperor. This is typically called as Edicts of Ashoka, which means orders or rules of his Empire, after the time when he converted to Buddhism. Ashokan Rock or pillars are none other than 33 inscriptions written on pillars to spread the rulings of his Empire. 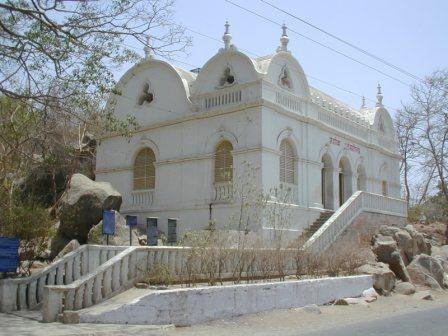 These pillars can be classified into three categories, pillar edicts, major rock edicts, and minor rock inscriptions. These inscriptions, which are called as Dharma, assert the adherence of Ashoka towards Buddhism and its philosophy. They represent the efforts taken by Ashoka to establish Buddhism worldwide. In the inscriptions found on the Ashokan Rock in Junagadh, the king Ashoka referred himself as Devanampiyadasi, which means as Beloved of Gods.

Inscriptions on Ashoka Rock in Junagadh

Ashokan Rock found in the region of Gujarat are written or carved in Brahmi script, Pali language to promote the principles of humanity and kindness among all creatures. These inscriptions teach the path of non violence, moderation, pity behavior to animals and secularism in thinking. There are 14 edicts of Ashoka Empire found on the way to Mount Girnar. This historical site is beautifully developed and preserved to showcase grand history of Indian subcontinent. 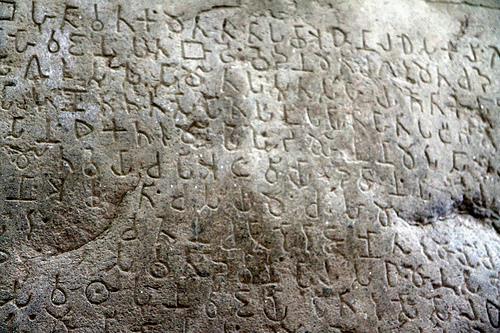 The eastern face of this rock has 14 edicts propounded by Emperor Ashoka. It also has inscriptions about Mahakshatrap Rudradaman I who ruled around 150 AD. He was a ruler from Saka Dynasty of Malwa. There are references about the last ruler, Skandgupta from Gupta Dynasty on this rock. Apart from these, it refers to a lake named as Sudarshan. It was constructed by King Rudradaman I and later on destroyed by a heavy storm.

How to Reach Ashokan Rock in Junagadh

Its nearest airport is at Keshod which is 40 kilometers away from Junagadh. But no commercial flights are operating from here. The major domestic airport is found in Porbandar, Rajkot and Jamnagar. These airports are placed 100-110 km, equidistance from Junagadh. However, main International airport near Junagadh is at Ahmadabad which is 340 km from here.

Travelling by train to reach Junagadh is the most convenient way to arrive at Ashokan Rock site. Junagadh is junction where Ahmedbad - Veraval line and Rajkot Veraval line intersects and provides very good connectivity to this city. Trains are available at scheduled time on regular intervals to reach Ahmadabad as well as Rajkot.

Road transport is another excellent medium to reach Junagadh. It is well connected to rest of India by National Highway 8 B, which joins Ahmadabad to Junagadh via Rajkot. Junagadh is approximately 327 km from Ahmadabad and 100 km from Rajkot. Porbandar, the major town of Gujarat is placed at the distance of 113 km. 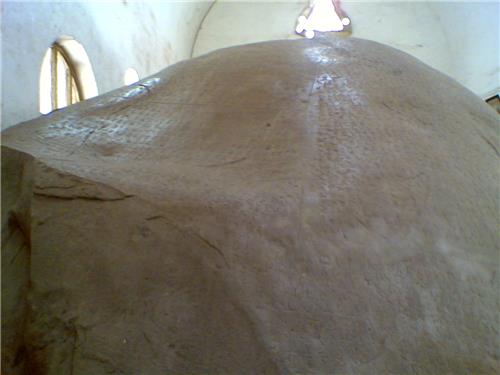 Junagadh receives typical sub tropical climate that is bestowed with three major seasons. Among winter, summer, and monsoon, winter is assumed to be best season to visit this historical site. Summers are quite hot and uncomfortable for travelers while monsoons are hot and humid.

Things to Carry to Ashokan Rock in Junagadh

Ashokan Rocks are situated on Girnar hills and road to destination is quite tricky. Hence proper trekking shoes must be taken along with binoculars and fine quality camera. Light warm clothes will be reasonable to carry in winters while cotton clothes covering whole body should be worn in summer season. Avoid wearing tight and western outfits which can become uncomfortable for reaching this place.