Junagadh was built in 319 BCE under the Mauryan rule. Apart from history, Junagadh also has wildlife sanctuaries and parks that serve a home for Asiatic lions and other rare wildlife species. 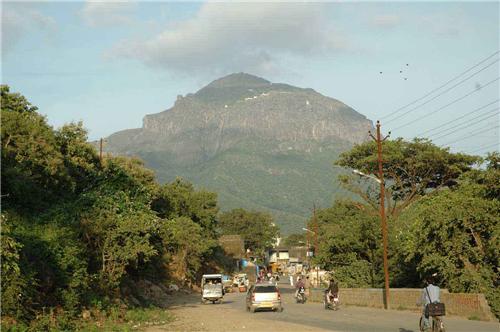 Geography and Climate of Junagadh

With an elevation of 107 meters above sea level, Junagadh city is located at 21.52°N 70.47°E. Situated on the Kathiawar peninsula, Junagadh district has Arabian Sea to its West and South and has Amreli district to its East, Rajkot district to its North and Porbandar District in North-East. As it is present near the sea and due to the Girnar mountain ridge, Junagadh has Deep- Medium black coastal alluvium soil. Junagadh is located in seismically active zone of Seismic Zone III region making it an earthquake prone area.
Due to its proximity to the sea and Gulf of Cambay, Junagadh has varied climatic conditions. Winters between the months of November and February has a temperature between 10° Celsius to 25° Celsius. During the summer between March and June temperatures range between 28° Celsius to 38° Celsius. Between July and October monsoons play a key role in the area with an average annual rainfall of 1000 to 1200 mm. Sea winds play a major role on the climatic conditions in the region.

Flora and Fauna in Junagadh

The Gir Forest, which is home for Asiatic lions, is situated in the region. The Mount Girnar area is a forest reserve for bamboos. Girnari Giddh, a type of long-billed vultures are found in this region and accounts to 25% of such total vultures.

Junagadh holds of the pride of being one among the oldest cities of Gujarat. It's history is as old as the times of Lord Krishna. It was ruled by many empires like Mauryan, Maitrika, Solanki, Chudasama, Mughal and then British who gave it the name.

Apart from tourist spots that attract tourists, Junagadh also has many hotels to cater to the needs of those who visit here. These hotels offer all the facilities for a comfortable stay in the city.

Junagadh is well connected through roads and railways but has no air port due to its mountainous terrain. The nearest airport to Junagadh is Keshod Airport located 40 kilometers southwest from the place but does not have any flights currently. The nearest airports which have flight connectivity now are Rajkot airport which is 99 km far and Porbandar airport which is 113km away. The city is well connected by road to other major cities like Rajkot, Ahmedabad, Somnath etc by NH8D. Though Junagadh has a coastal line of 192 km the nearest seaport is in Veraval which is mainly used for commercial purposes. Passenger movement is very less at this port.