The Somnath temple located near Veraval in the Prabhas Kshetra is one of the 12 Jyotirlingas of Lord Shiva. The temple was destroyed 6 times due to the wars by Islamic kings and rulers and was rebuilt again every time. Somnath means "The Protector of (the) Moon god" and is related to a number of legendary gods. The temple is on the shore of the Arabian Sea and is believed to be built in 4 phases. The first phase was built by Lord Soma in Gold, and later second phase was built by Ravi using Silver, Lord Krishna built the third phase using wood and final phase was built by King Bhimadeva using stone. The present structure was built in Kailas Mahameru Prasad style. 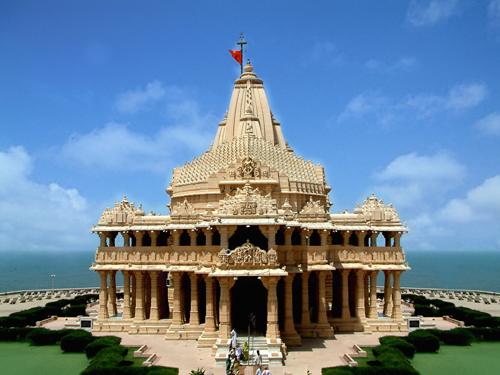 History Behind Somnath Temple in Junagadh 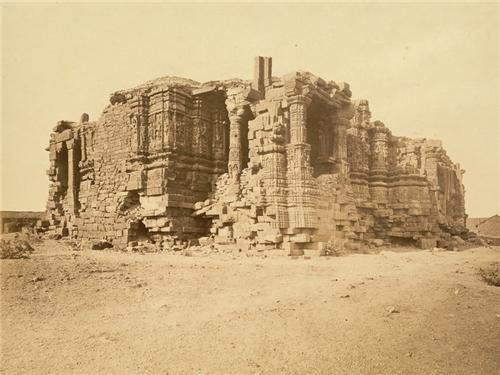 Solanki king Bhimadev I of Anhilwara and Gujjar Paramara King Bhoj of Malwa has rebuilt the structure between 1026 and 1042. Sultan Allauddin Khilji's army has again destroyed the temple in 1296 and Mahipala Deva, the Chudasama king has rebuilt the temple in 1308. His son Khengar installed the linga somewhere between 1326 and 1351. The temple was once again destroyed by Muzaffar Shah I in 1375 and Mahmud Begda in 1451. And later Mughal Emperor Aurangzeb once again ordered to destroy it in 1665.  Later in 1783 Raja Bhonsle of Nagpur, Queen Ahilyabai Holkar of Indore, Peshwa of Pune, Shrimant Patilbuwa Shinde of Gwalior and Chhatrapati Bhonsle of Kolhapur joined hands to rebuild the temple adjacent to the destroyed one. Later after Independence of India, Sardar Vallabhai Patel took up efforts reconstruction of the temple and was completed under the guidance of K. M. Munshi.

Architecture of Somnath Temple in Junagadh

The temples in India stand for their architectural marvel, craftsmanship and showcases rich culture and heritage. One such temple among the thousands of temple is the Somnath temple which proudly stands as an architectural marvel. The present structure was built by Sompura Salat community in Kailash Mahameru Prasad Style or the Chalukya style. The main spire of the temple is 150 foot high and has a flag post of 27 foot tall. A kalash of weight 10 tons was put on the top of the spire. The Baan-Stambh or the arrow-pillar located on the sea-protection wall indicates that the point is the first point on land in the north to the south-pole on that particular longitude. The Tirsthambh located at the temple indicates that the nearest land mark (South Pole or the Antarctica) is located at about 9936 km away indicating the geographical wisdom of ancient India. The sliver doors, intricate carvings and a fabulous nandi are worth seeing inside the temple. The sea is visible from a side door inside the temple which gives you the most scenic view and worth watching for hours.

The temple attracts huge crowds during the Mahashivaratri festival and every Kartik Purnima is grandly celebrated here. The nearest airport is at Keshod, 125 kms away with flight connectivity to Mumbai. Veraval is the nearest railway station and is just 5 kms away. Somnath has good connectivity by road with state run buses and private buses plying frequently round the clock.